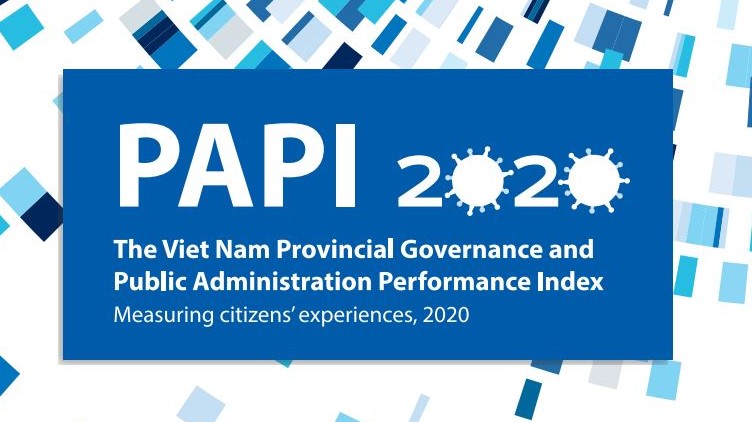 The 2020 PAPI shows that close relations (status of ‘self-centered’) in human resource recruitment in the public sector have become less important nationwide.

The Vietnam Provincial Governance and Public Administration Performance Index (PAPI) is a policy monitoring tool initiated by the United Nations Development Programme in Viet Nam since 2009. PAPI captures and benchmarks citizen’s experiences and perception on the performance and quality of policy implementation and services delivery of all 63 provincial governments in Vietnam to advocate for effective and responsive governance.

The 2020 Vietnam Provincial Governance and Public Administration Performance Index Report (PAPI) was released in April 2021. This report demonstrated that there has been an incremental improvement of government and public administration performance during the 2016-2021 government term, as compared to the 2011-2016 government term. The most striking observation is that 60 provinces and cities recorded the growth rate in their core PAPI annual score fluctuating from 0.1% to 3.1% since the first PAPI studied in 2011. 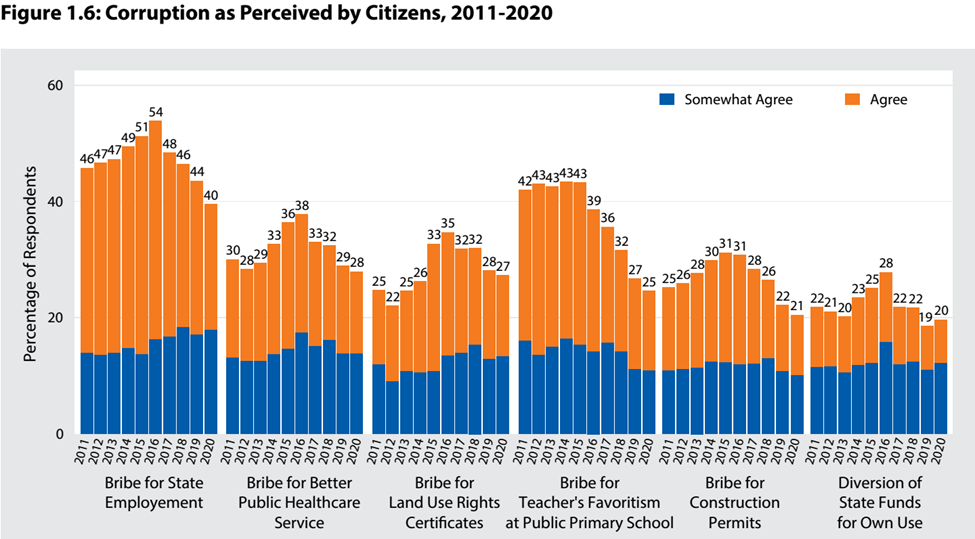 In 2020, citizens encountered less trouble when accessing specific public services compared to 2019. Recently, local governments have also paid greater attention to a fair recruitment of state employees. As many as 18 provinces made significant progress in 2020. Out of the 16 best performers, Ben Tre performed well in this dimension. 6 provinces experienced significant setbacks as opposed to 2019. Ninh Thuan and Ninh Binh had the largest declines. Hai Phong and Ho Chi Minh City were among the poorest performers in both 2019 and 2020. 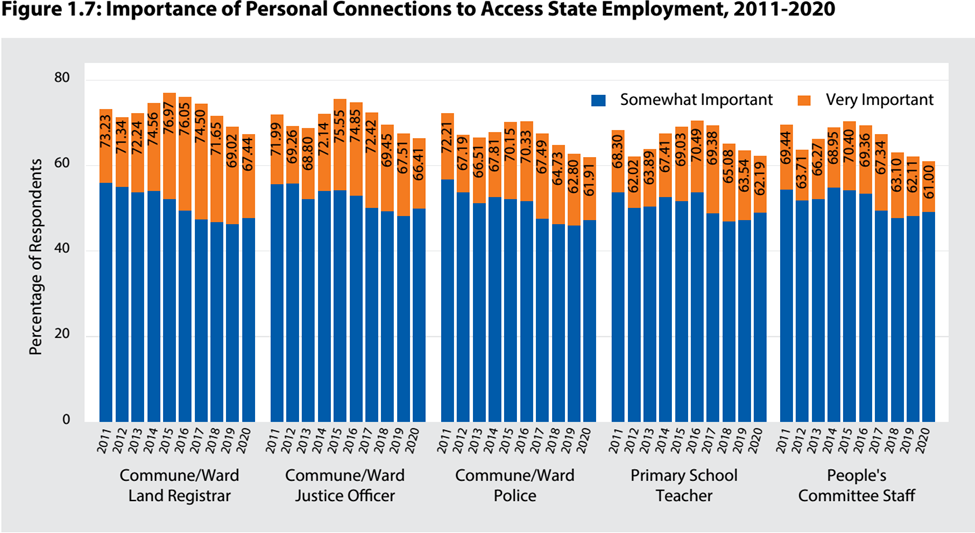 The 2020 survey results showed the percentage of citizens said personal relationships are “important” or “very important” keeps on decreasing. However, it is still as high as over 60%. Across a range of all five positions, the percentage of respondents suggesting that connections were important in hiring for those positions is at its lowest number since the 2011 survey began. Additionally, this rate increased in 2015 before seeing a gradual decline in 2016. The analysis partly reflects how anti-corruption efforts have improved since the 2016-2021 government term started. In 2020, Phu Yen, Lai Chau, Khanh Hoa, Son La, Dien Bien, Lam Dong and Quang Binh were the provinces where personal relationships for state employment were most important.

Enhance application of environmental, social and governance criteria in business 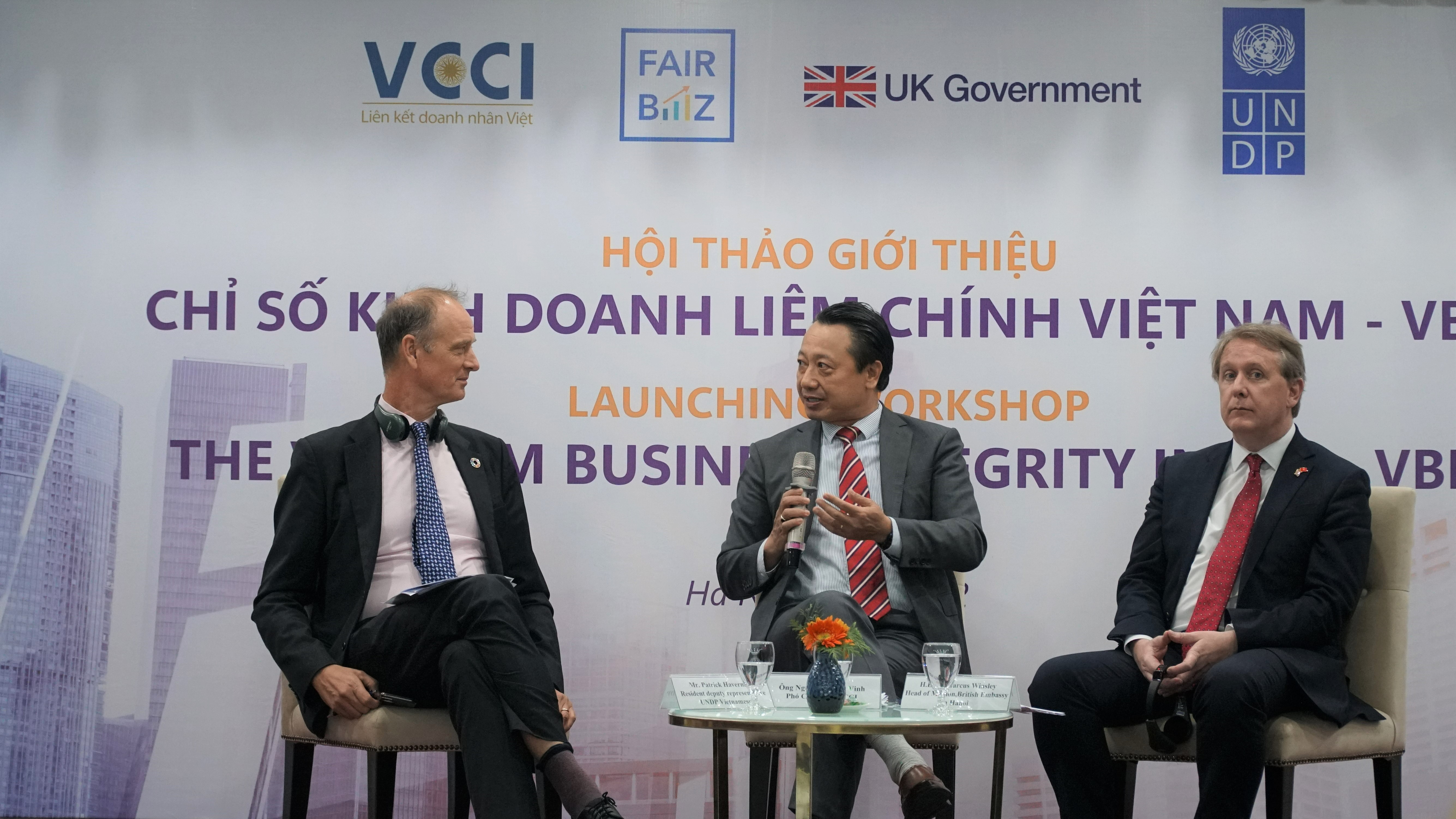 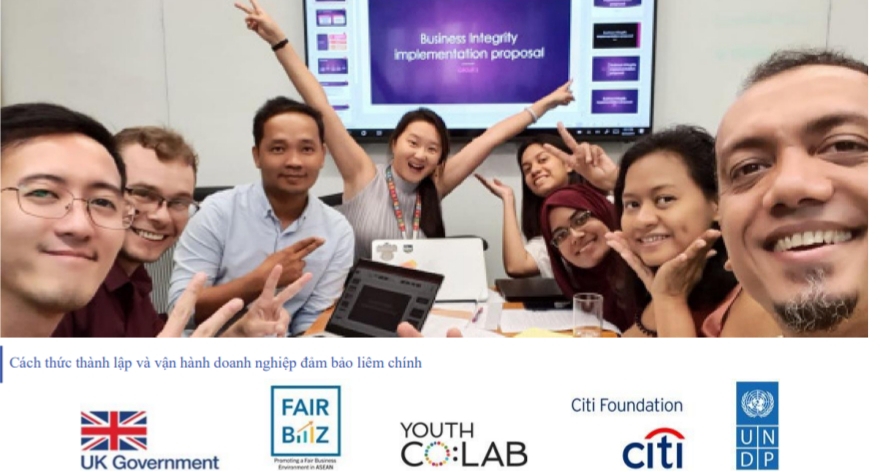 In recent years, the issue of business integrity has come… 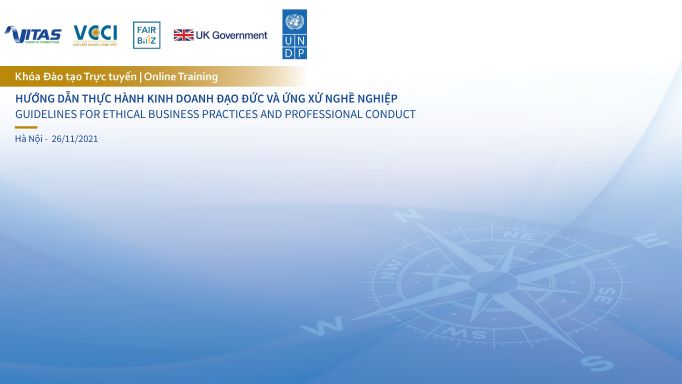 In recent years, a number of free trade agreements (FTAs)…